Rockstar Games hasn’t exactly had a great release record when it comes to Nintendo consoles, but Red Dead Redemption 2 might change that soon. The last frontier for the company to release the game would be on the Nintendo Switch, which up until now there have been zero signs of it happening. But dataminers have discovered something that could be the prelude to an announcement. A Twitter account called @TezFunz2 pointed out on their feed and on Reddit that there is a texture within the coding of the game for a Nintendo Switch controller. Its int he same design as some of the other graphics within the game, meaning it could possibly be an addition that was in the works while porting over the PC version. 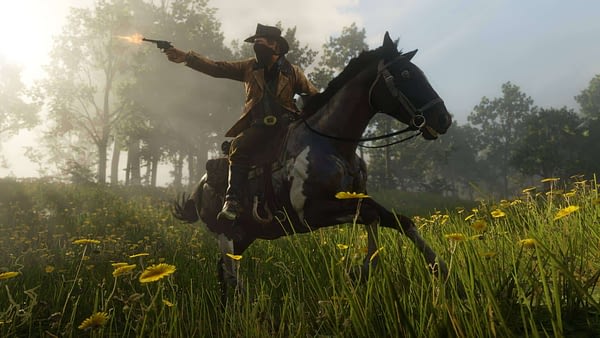 While the image has gained some traction, we do need to point out this hasn’t been verified by anyone else and could be a total ruse. If the image does exist, we think the solution is a lot simpler than that. As you know, it is possible to link the Switch Pro Controller up to your Steam account. So the image could very well be there in case someone decides to use the Switch controller rather than a different version. So while it’s nice to dream about seeing Red Dead Redemption 2 on a Switch, we’re thinking this rumor is unlikely and won’t happen.

The post Could “Red Dead Redemption 2” Be Headed To The Switch? appeared first on Bleeding Cool News And Rumors.

Solved! Destiny 2 Bastion Secret Quest–A Guide For The Corridors Of...

Legends Of Runeterra: Here's How The League of Legends Card Game...

Apex Legends Season 4 Will Add The Sentinel, A Sniper Rifle...

- December 22, 2019
0
© The copyright of the displayed news and pictures on this website are owned by the owners of the (web) pages or displayed sources. The responsibility for the accuracy, completeness and timeliness of this information rests with the owners.The sole purpose of this website is to provide a simple and accessible portal for all news. Any changes to the information can be made at any time without prior notice. We exclude all liability for any damages, direct or indirect, of any nature whatsoever, arising from or in any way connected with the use of this website and / or information, or the temporary unavailability of the website.We are not liable for damages, direct or indirect, arising out of use of information obtained through this website.